We analyzed the past several years of data to look at the major trend-lines of 2020, and what consumers — and adult producers — can expect as we start the new decade. [readmore][/readmore] 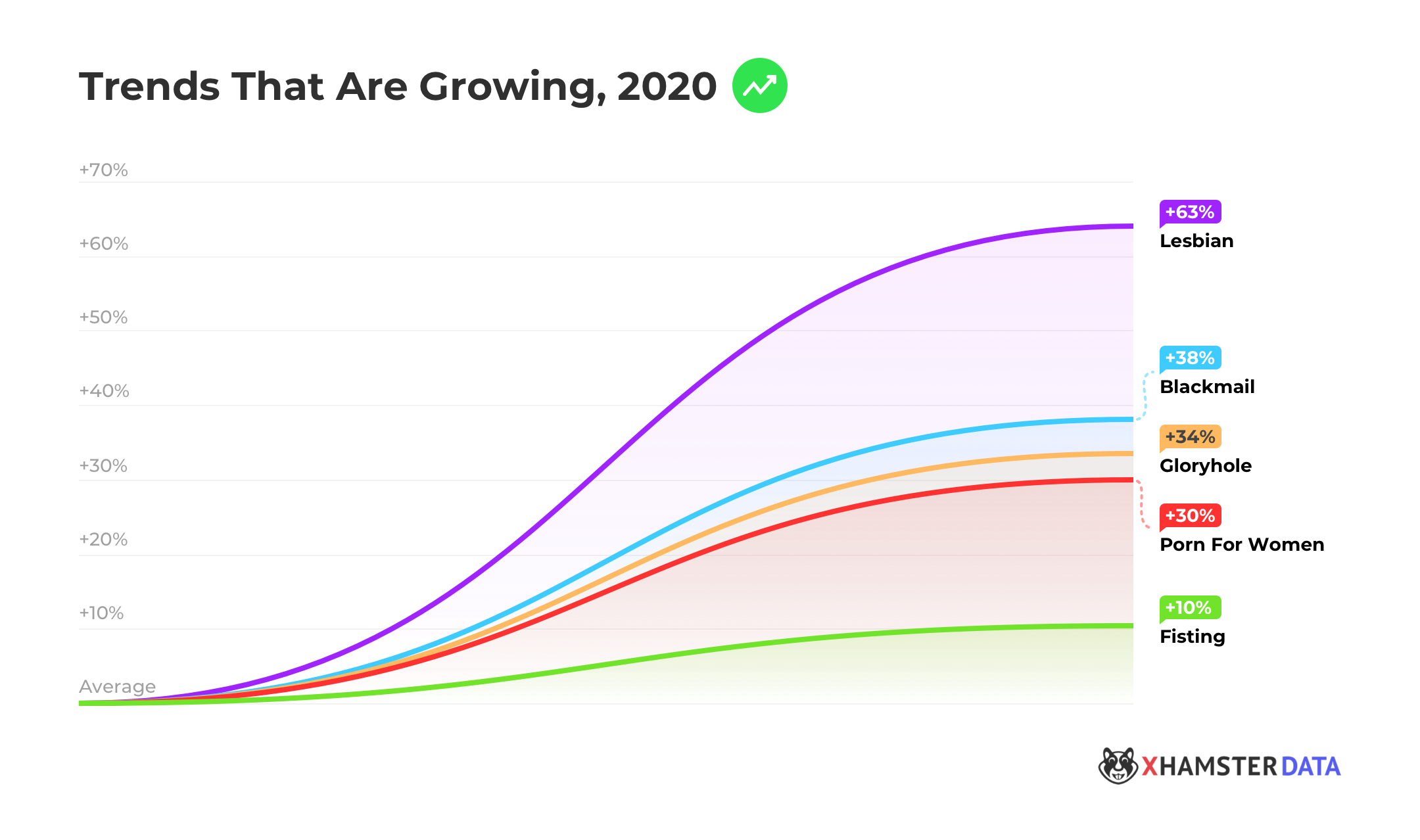 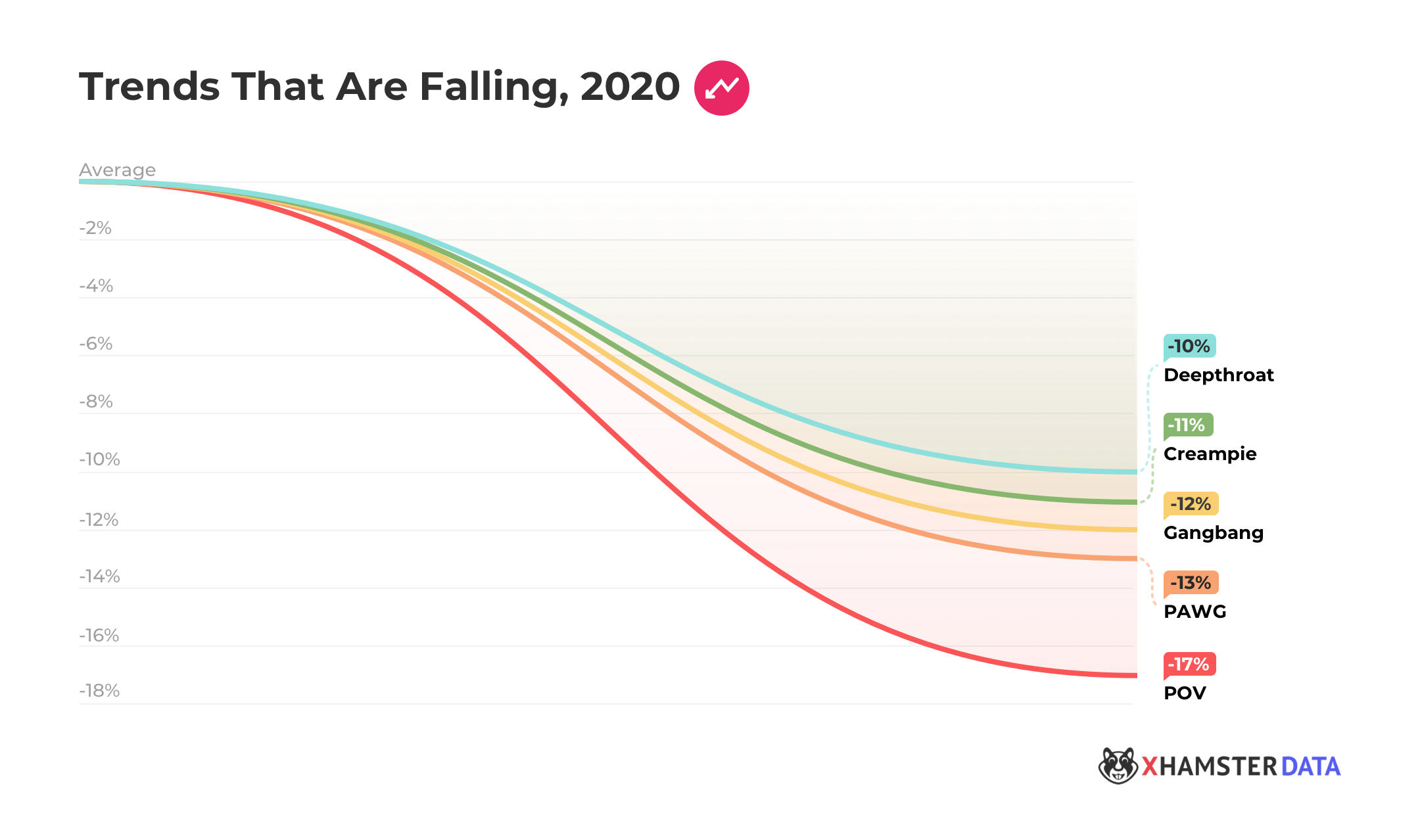 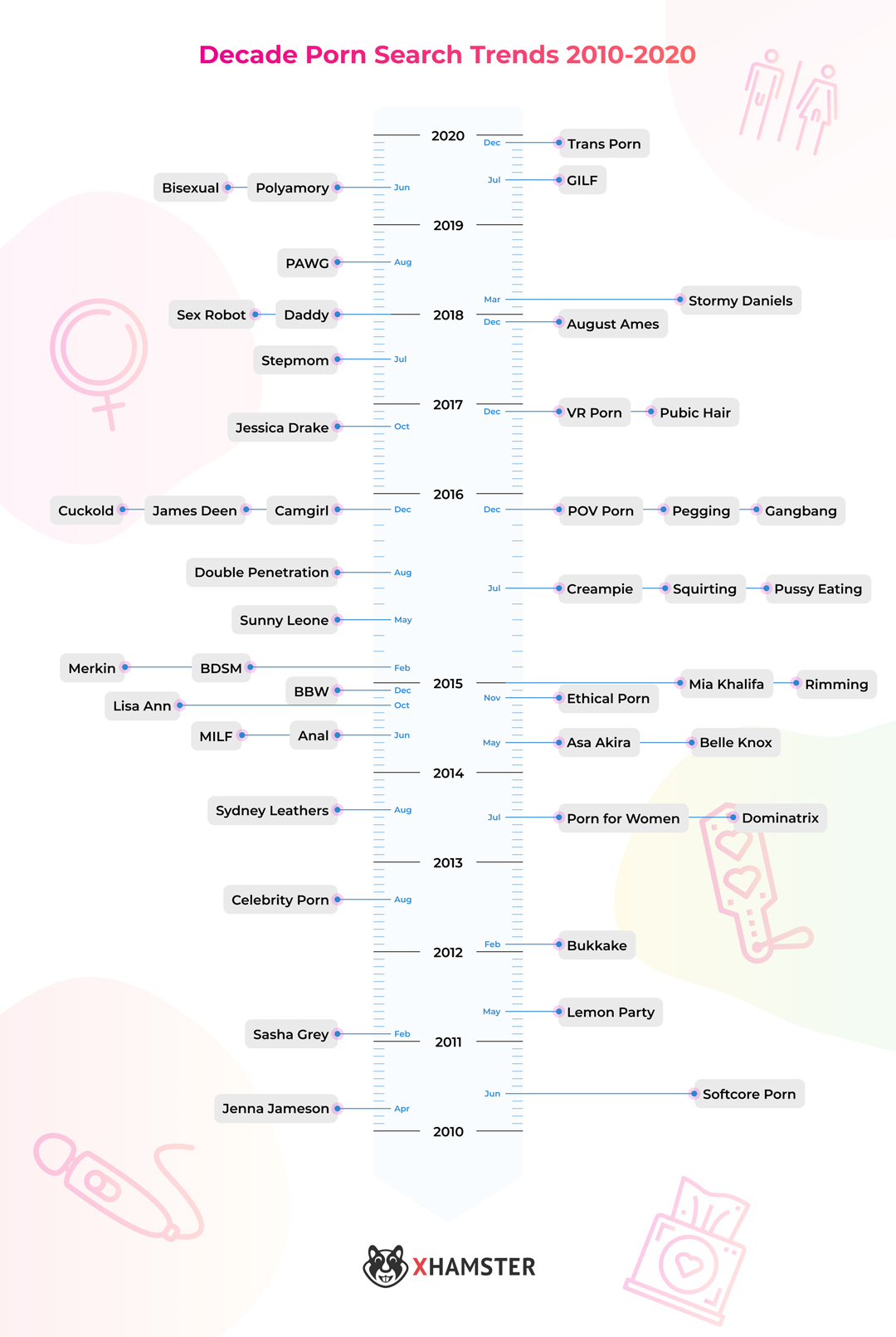 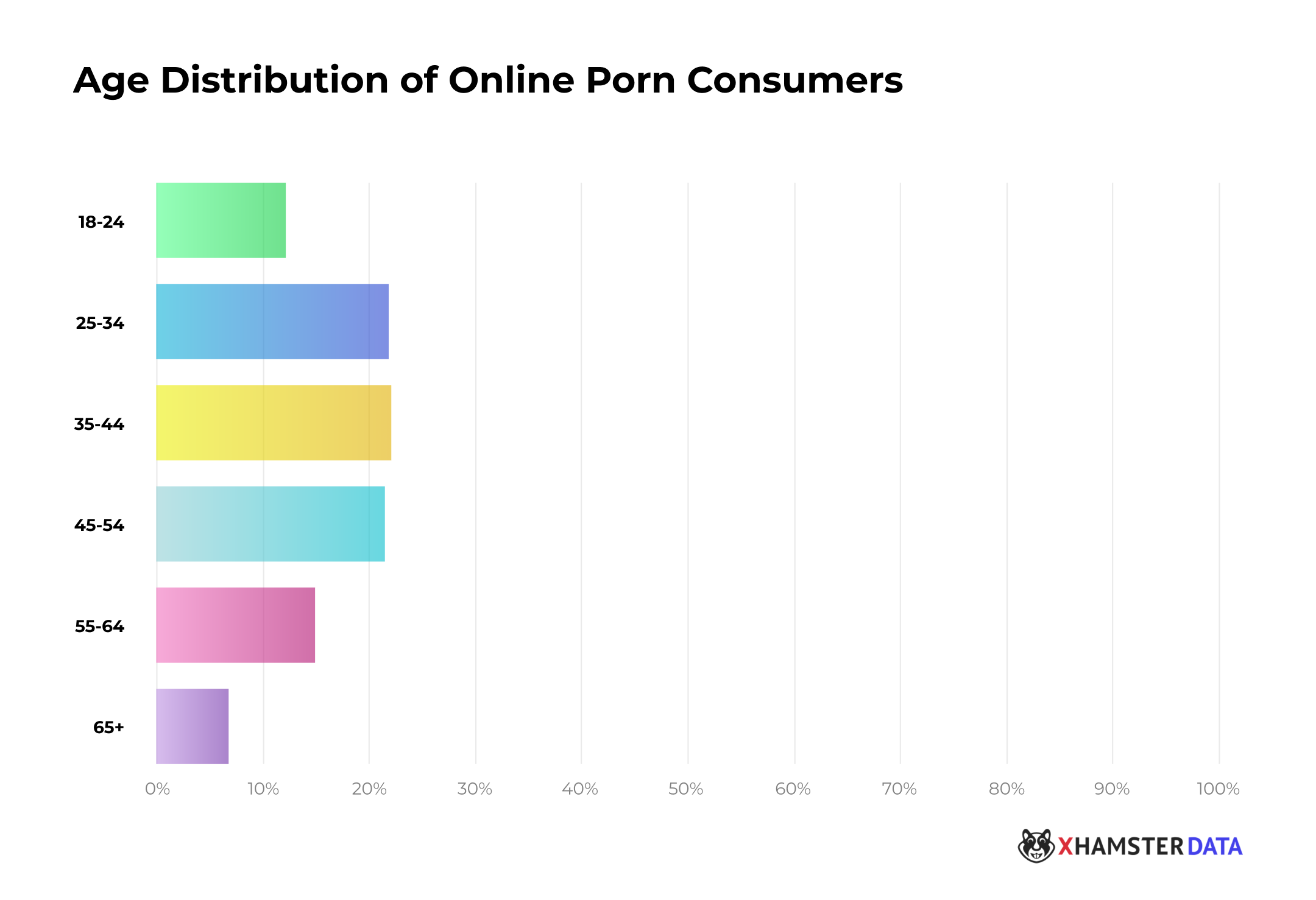 And this is what age distribution looks like on xHamsterLive. 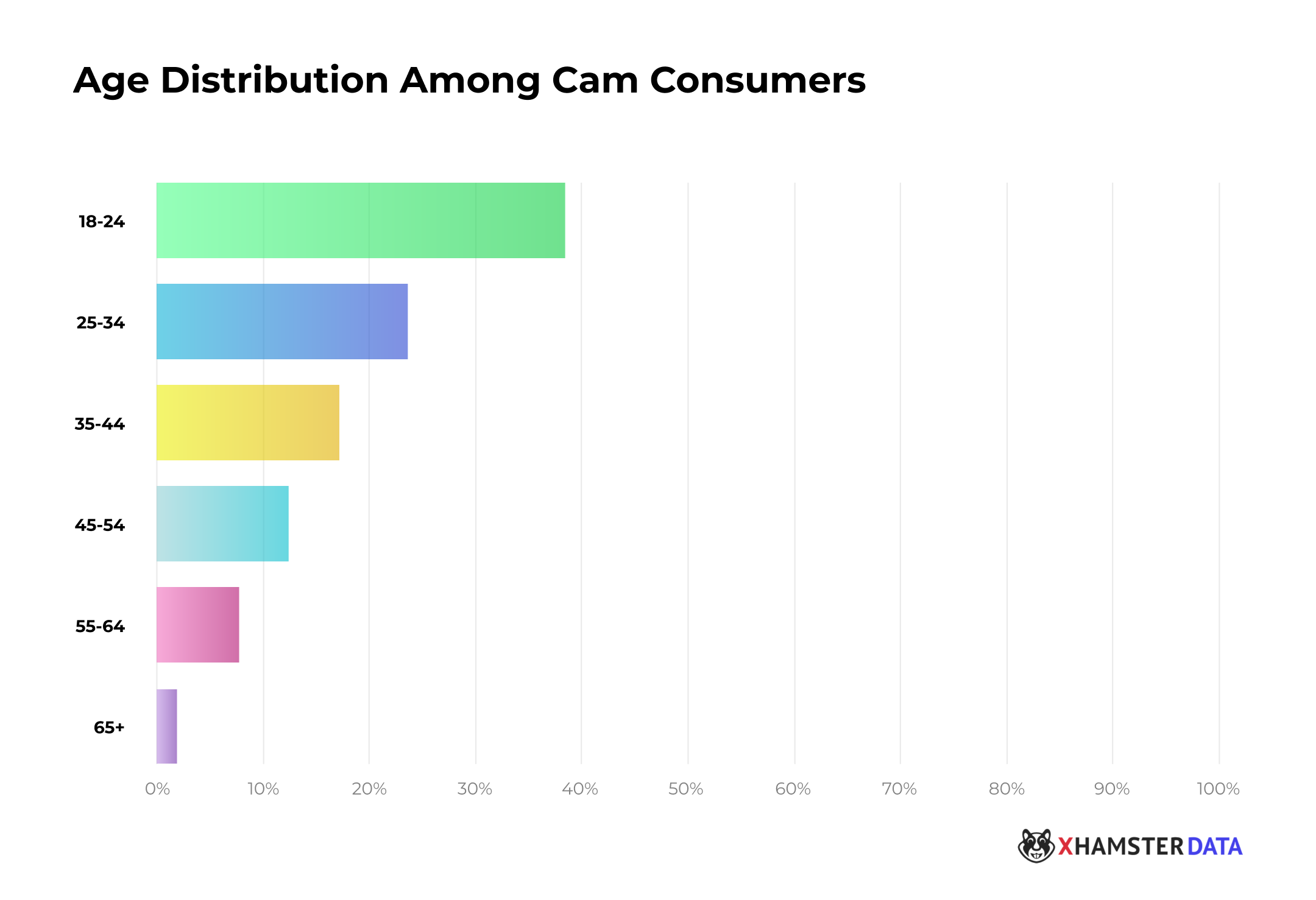 Generation Z — the so-called Digital Natives — expect and crave interaction. From video games to Twitch to FaceTime, they’re used to live media that engages with them. For this emerging generation, which now fully compromises the 18-24 demographic, live cam content dominates.

And forget the conventional wisdom that younger generations won’t pay for adult content.

It’s important to remember that Gen Z, in particular, has LESS disposable income than other generations. However, when they do have money, they are more likely to spend it.

We fully expect that as Gen Z comes of age and has disposable income, they will be more willing to spend money for quality adult content, which often means custom content and live cams. 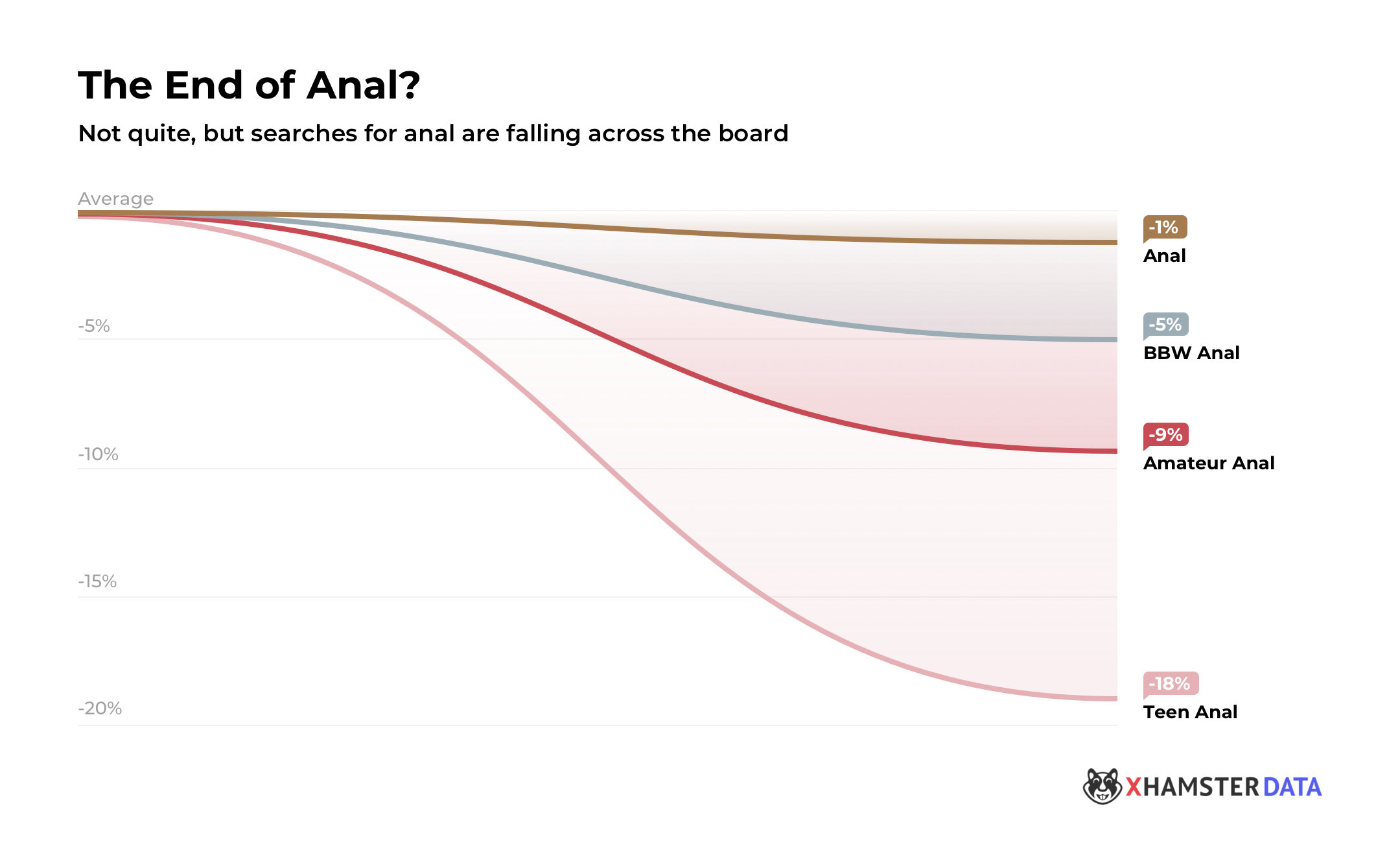 Polygamish
That’s not to say that we’re going back to vanilla sex and fake nails.

Over the past few years, we’ve seen a growing interest in a broader idea of sexuality — especially with newer generation. Trans porn, long a niche part of adult, is now part of almost every major adult studio line-up. As is fluid sexuality and open relationships. While the fascination with cuckolding seems to have peaked — it’s fallen for the last several years — it’s been replaced by hotwifing. The difference between the two is more than semantic. Like cheating (which is also falling in searches) cuckolding often requires the humiliation of the male partner as part of the fantasy (and, in some cases, the assumed degradation of the wife.)

Hotwifing, on the other hand, is the proud embrace of open relationships, with the man getting off on his wife’s pleasure. It’s up 34% this year. 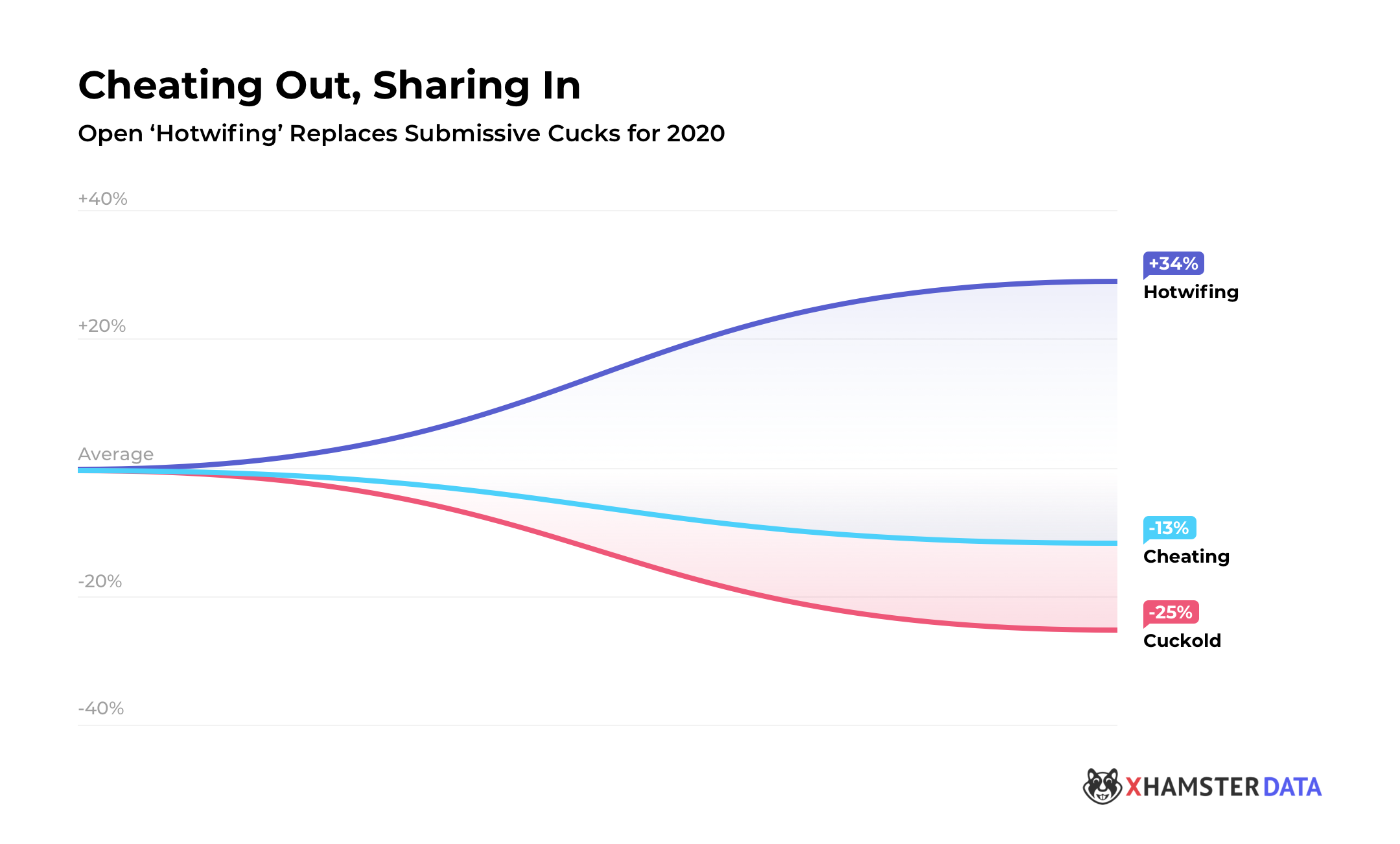 As we move into 2020, let’s hope this next decade welcomes more open forms of sexuality — with more sharing and less shame.

Back to Nature
Another data point supporting an anti-shame trend? Interest in amateur and homemade content has surged. Amateur remains our top category in the US, and the third most popular worldwide. Within that category, we’ve seen a surge in people looking for “natural” bodies and authentic situations (such as public sex or voyeuristic content). 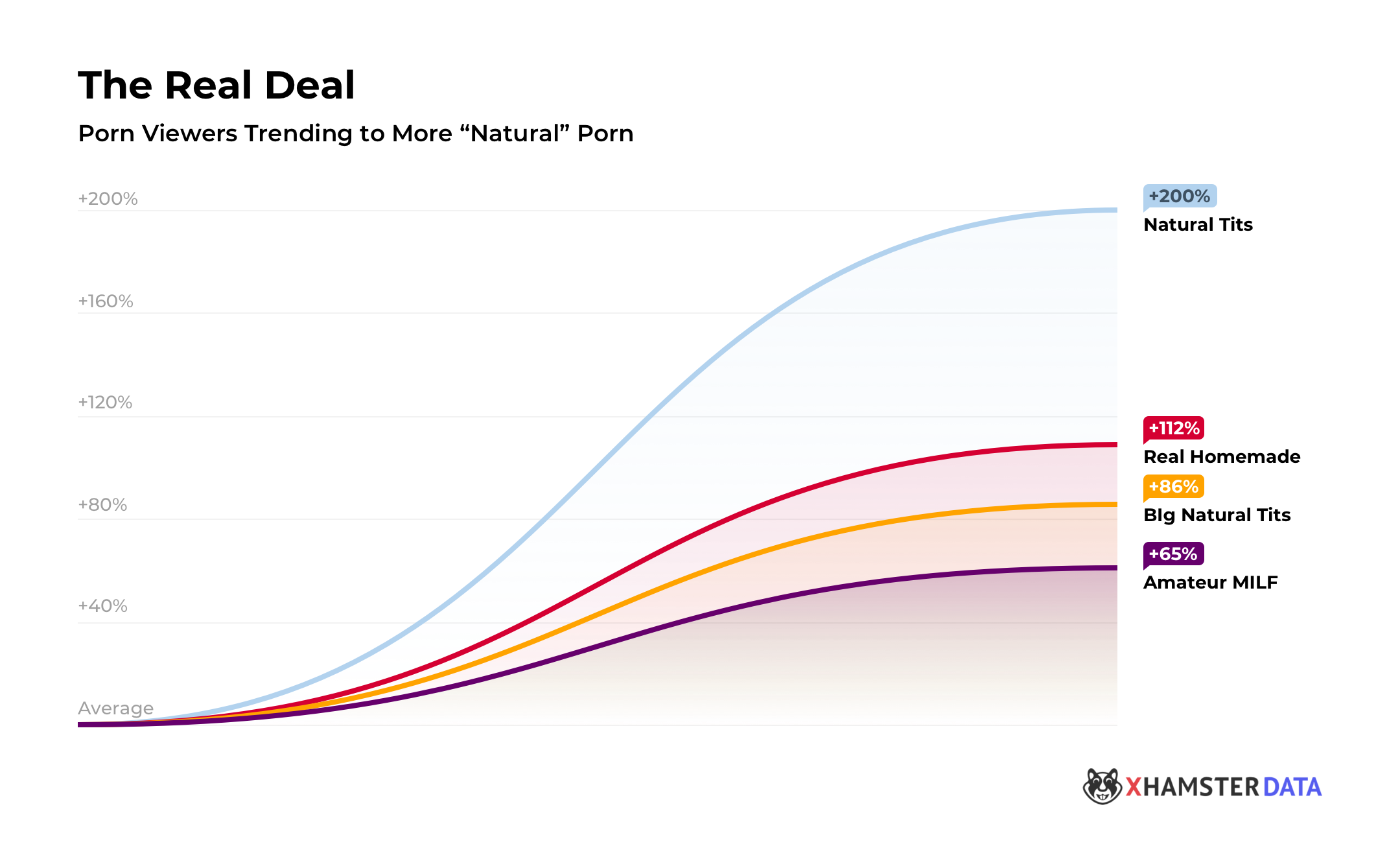 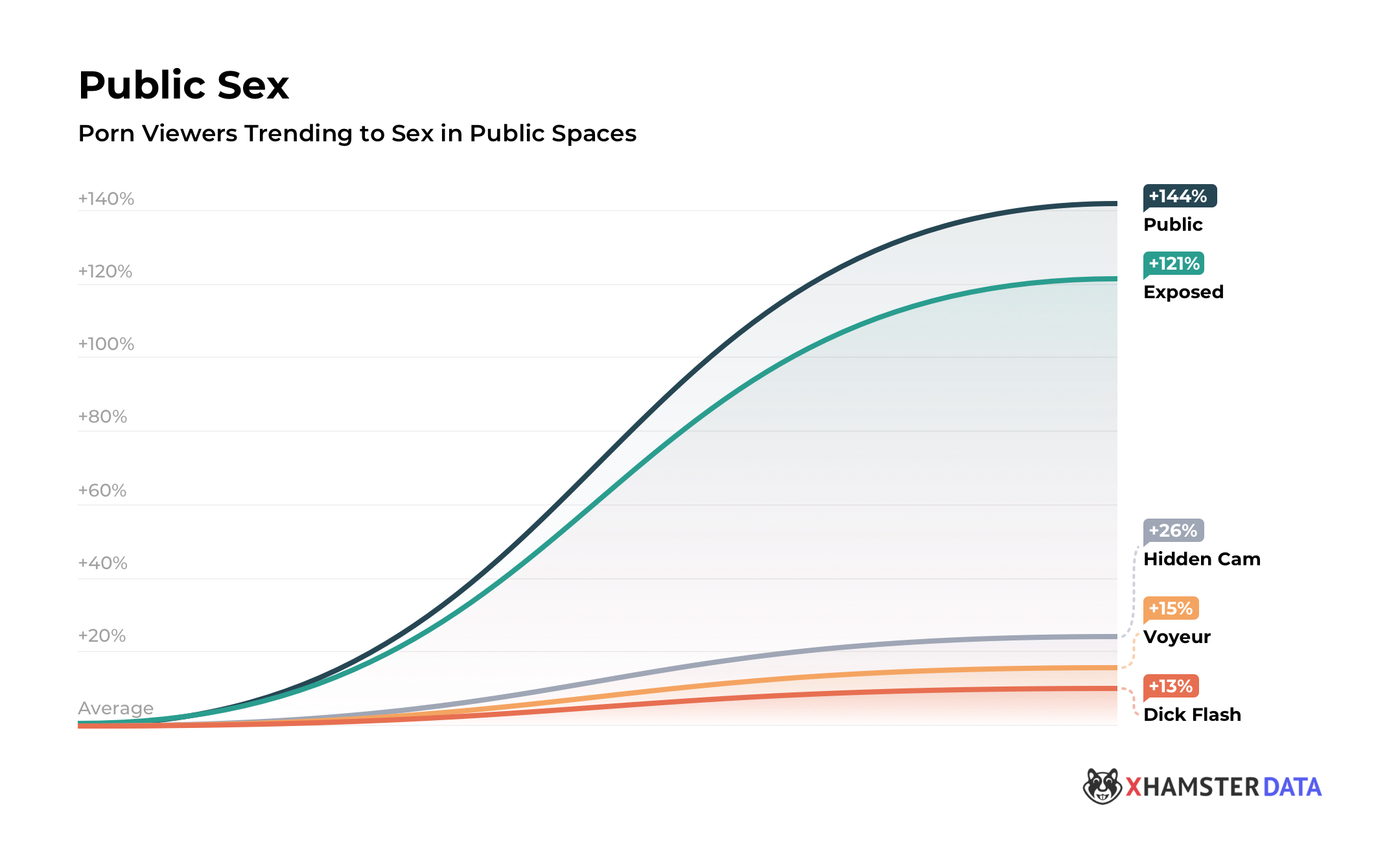 Expect this trend to only to increase in coming years, as high-definition, easy-to-edit pro-am phones such as the iPhone 11 Pro grow in popularity.

And yet, we still see sites that aren’t optimized for mobile. While it’s true that major legacy distributors still might sell the occasional VHS tape, none of them rely on it for income. Unfortunately, too many studios and sites in our industry concentrate their redesigns on how it looks and functions on desktop (since that’s what they use at the office), treating mobile as an afterthought. Time to fast-forward to 2020!

vin4fun
very interesting datas.  i am a newbie to hamster. very good channel compare to others on the net
17 giorni fa
Rispondi
P

GRiNDHOUSE-THEATER
Jenna Jameson in 2010. I was one of them
27 giorni fa
Rispondi
N